As a Santa Barbara, CA dentist, we have found that root canals are probably the most misunderstood and most feared procedures in dentistry. These fears are misplaced. Root canal therapy is not painful and it does not involve removing roots.

When a tooth needs a root canal it is because the nerve in the tooth has become irreversibly inflamed or has died altogether due to cracks, trauma or cavities. When you hear someone (usually comedians) say “As much fun as a root canal!” it’s really misleading because root canals do not have to hurt. We believe in practicing painless dentistry here in Santa Barbara. In fact, we’re one of the few sedation dentistry practices in Santa Barbara, CA.

In other dental offices, root canals may be very painful. But usually, the pain that is associated with a root canal is the pain leading up to the diagnosis (the toothache that brought you in to see us in the first place!), not the root canal procedure itself. In fact, most patients are surprised to learn that their teeth usually feel quite a bit better after a root canal is completed.

So, how is a root canal performed?

As dentists in Santa Barbara, CA, our procedure involves drilling a small hole in the top of the tooth, cleaning out all of the infection and then putting some medicine and a soft, soothing filling into the tooth to protect it against future infection. Because teeth can become brittle over time following a root canal, we usually follow up root canal therapy with a dental crown on the tooth.

A dental crown is like a porcelain hat or glove that fits over the tooth and holds it together to strengthen it against breaking in the future.

We almost always follow a root canal with a dental crown (not always) but if you have been told you need a dental crown, it does not necessarily mean that you also need a root canal. So dental crowns usually follow root canals, but you don’t have to have a root canal in order to get a dental crown. Make sense? Think of it this way: When you go to the movie theater, you usually eat popcorn, but just because you’re eating popcorn doesn’t mean you’re going to the movies! A tooth can be crowned without ever needing a root canal – in fact, that’s often the reason we do crowns – to avoid having to do a root canal later on!

So, when you have a root canal performed by an Santa Barbara dentist, it doesn’t mean that you are going to have your root removed or that you’re having your root taken out. Root canals are not considered surgeries, and the recovery can be quite painless.

If you’re wondering whether you need a root canal, we offer free consultations and second opinions (or just discussions about your concerns) any time, at no charge. You can call us at 805-335-6780 or fill out our contact form to schedule an appointment with an Santa Barbara, CA dentist and find out more about root canals and how they work! We welcome patients from Santa Barbara and adjacent areas.

The team at Mesa Dental provides an array of restorative dental services combined with top-notch customer service. If you or anyone in your family is in need of dental bonding, wisdom teeth removal, root canals, gum disease treatment, gum grafting, inlays and onlays, dental crowns or dental fillings, we are here for you. 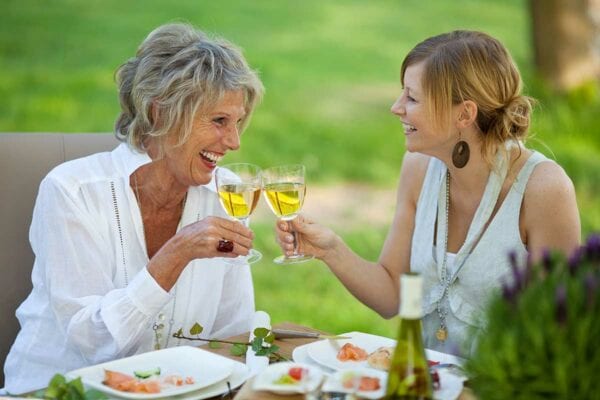